Home / The must-sees / Great Sites in Occitanie / Figeac….. a town linked to the pyramids
-A +A

Figeac….. a town linked to the pyramids

In the Célé valley, not far from the river Lot, Figeac will lead you on the trail of Champollion, the decoder of hieroglyphics

Born here in 1790, you will discover in its unique museum in Europe, testimonies of over 5000 years of writing.

Figeac will enchant you with its vitality and characteristic style, and also with its surrounding landscapes : high hills to the north, outliers of the Massif Central, the pastoral countryside of the Quercy Causses, meanders and cliffs of the Célé valley….

On the Pilgrim Ways to Santiago de Compostela

Figeac's enviable location made it into a flourishing town. It became influential from the 12th C. onwards thanks to its thriving trade and commerce and became a halt on the Santiago Pilgrim Ways.

Here, people live their lives, have their homes, do their shopping. In this friendly atmosphere stands revealed a whole group of houses and urban palaces built in the Middle Ages for the rich merchants of Figeac.

From the arcades of the mediaeval shops to the "soleilhos" (open-fronted attics) where produce was dried, the way architecture evolved is written on the sandstone façades.

Everything you could wish to know about writing

You'll find your way to the place des Ecritures, where there is a certain exotic flavour. An immense slab of black granite inscribed with hieroglyphs covers the ground. It represents the "Rosetta Stone", the fragment of an Egyptian stele which enabled Champollion (1790-1832) to decode the writing system of the Pharaohs.

Overlooking the place des Ecritures is the Champollion Museum, occupying the family home of the Egyptologist. It brings together collections of objects linked to writing and examples of written characters from all over the world, demonstrating the wonderful diversity of different cultures. The Museum opens on to the town with a "façade of 1000 letters", made entirely of copper and glass, through which the light pools into the shapes of the letters on the coloured flooring of the exhibition rooms. It takes you on an inspiring journey, with Champollion as both hero and guide.

Things to see and do 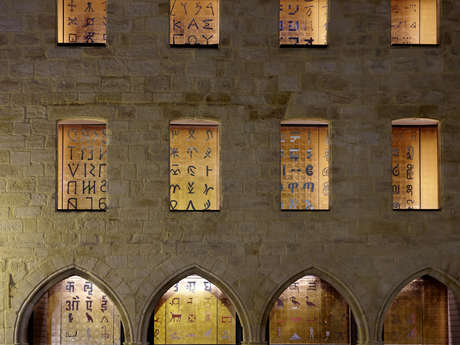 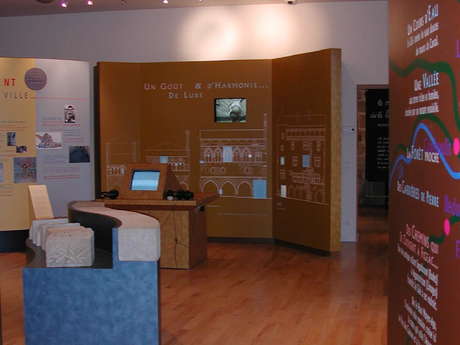