Home / The must-sees / The most beautiful villages / Puy l’Eveque... in the heart of the Cahors vineyards
-A +A

Puy l’Eveque... in the heart of the Cahors vineyards

Perched above the Lot

Perched above the Lot, Puy l'Eveque is composed of a labyrinth of lanes and flights of steps lined with lovely houses built of golden stone (Renaissance details rue du Donjon, fine doorway rue des Capucins, mediaeval sculptures rue Saint-sauveur...) which lead down to the quayside where once gabarres bound for Bordeaux used to moor.

The ochre tint of the mediaeval façades is reflected in the waters of the Lot. The name of this little place, built up the side of a rocky spur on the right bank of the river, indicates its location (Puy comes from "pech", meaning a high place).

Puy l’Evêque was an important mediaeval town, which occupied a particularly strategic position in the Lot. Observing this picturesque village from the left bank of the Lot enables you to appreciate how important this town, climbing up in steps, and its port really were : amongst the busiest in the Lot Valley until the end of the 19th C.

From La place Georges Henry, you can walk alongside the Clédelles stream down to the former commercial quayside. The cross streets provide reminders of the economic activity of this old quarter turned towards the Lot : rue des cloutiers (nail-makers' street), rue des teinturiers (dyers), rue des bateliers (boatmen)…inviting you to explore the many vestiges of its rich and distant past.

Right at the top of the town, two buildings stand out above the tiled roofs : the 13th C. tower which must have been an integral part of the fortress, the rest of which has completely disappeared, and the imposing church of Saint-Sauveur dating from the 14th and 15th C., with its rib-vaulted Gothic nave. 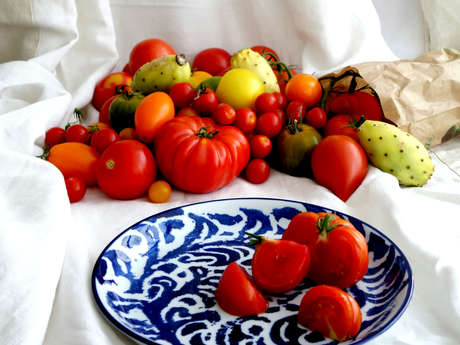 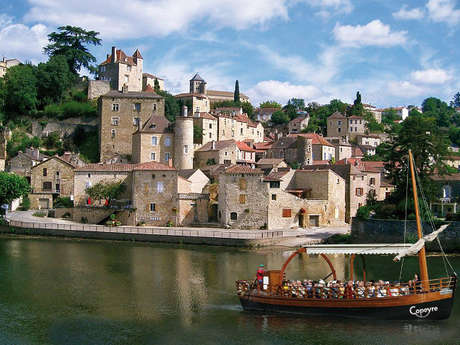